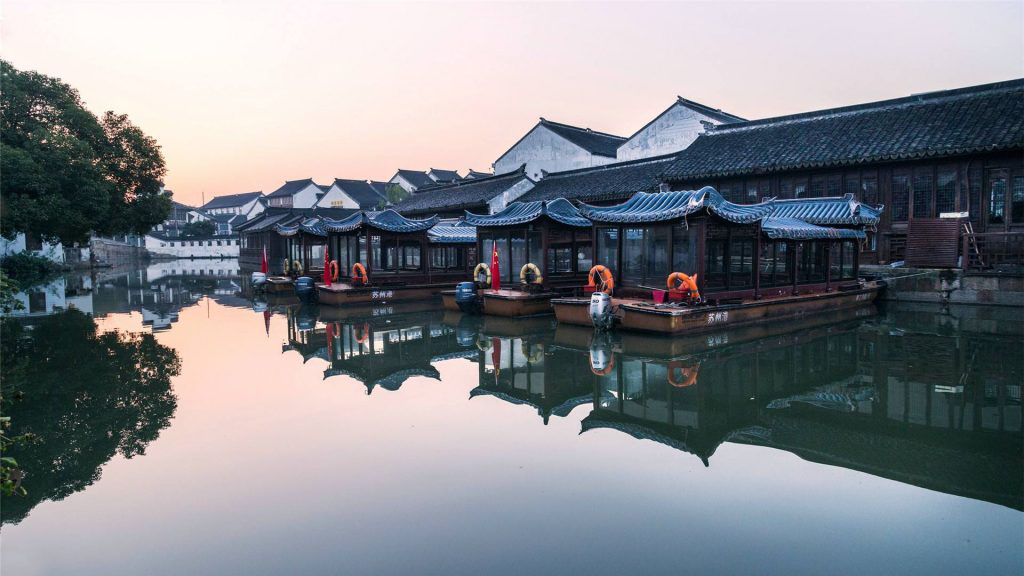 Take part in this very exciting and comprehensive private tour in Suzhou. Our professional guide will take you to explore the amazing Suzhou city during this 3 days tour, discover most incredible attractions such as Humble Administrator's Garden, Lingering Garden, Panmen Gate and Tongli Water Town, and etc. English speaking guide, entrance ticket fees and transfer service are inclusive. Please cover the lunch by your own expense.

Pick up at your hotel located in the downtown Suzhou at 8:30am or your request time.

Visit Humble Administrator's Garden was built in Ming Dynasty (early 16th century), dating back more than 500 years of history, is the representative works of classical gardens south of the Yangtze River. You will see hill house, Wave Corridor, kinds of bridges and pavilions in the garden.

After lunch then venture to Lion Grove and Guanqian Street.

Lion Grove - it is one of the four most famous and representative gardens of ancient classical style in Suzhou City, mainly characterized by its lakeside rocks and rockeries. The name of the garden is derived from the shape of these rocks, which are said to resemble lions.

Walk along Guanqian Street (the name of the street means a street in front of a Taoist Temple), this street is 760 meters long, consists of the eastern, middle and western sections, the main theme of the street involves eating, shopping and entertaining. Some shops have a history of over a hundred years.

Tongli Water Village - is considered the Venice in Asia. One of the best water village located in Suzhou and is a well protected water township with thousand years history.

Tongli has a similar history and natural scenery compared with Zhouzhuang, but is much less crowded. Tongli also has its own unique features which are worth exploring and experiencing. Tongli is divided into seven islands intersected by 15 canals. Because of the landscape, almost all of the buildings in the town are along the waterfront. In front of the buildings, small stairs leading to the canals were built, which are convenient for residents to wash clothes and for traveling around the town by boat.

Lingering Garden was first built in 1593 during in Ming Dynasty and it was a private residence of Xu Taishi, a bureaucrat of the Ming court. But now kept in the Qing Dynasty style, with a history of more than 400 years, the Lingering Garden has changed hands several times, each owner did his best to perfect it. It is known for exquisite architectural art. It boasts its fine gardening, luxurious and spacious hall, and collection of stones from Taihu Lake. The garden can generally be divided into four parts: the central, eastern, western and northern parts according to the style of the buildings.

Shantang Street, also well known as Seven mile Shantang, it is an ancient riverside pedestrian road that is very popular with tourists. This old street sector is only about 360 meters long, but it has the reputation of  “miniature of the old Suzhou” and the “window of Jiangsu culture”. It was a commodities center, where merchants conducted business and community staged folk activities.

Experiencing Suzhou by waterway afternoon after lunch. Relax yourself to take the 30 minutes Grand Canal tour, one of the 3 greatest projects in ancient China. Along the way, you will sea ancient city gates of Suzhou, more than 20 stone bridges in diverse styles of traditional designs, ancient river town dwellings and historical relics.

The last destination to see Panmen Gate that the oldest city gate of Suzhou and the only existing water and land gate in China. The gate is located on the south-west corner of the Main Canal Suzhou. Originally built during the Warring States Period in the state of Wu, historians estimate it to be around 2,500 years old.

It is composed of two water passages, three land passages and the outside gate. The canal outside the gate is the oldest section of the Grand Canal that was also built 2,500 years ago. In its vicinity, there is a 1,000-year-old pagoda named Ruiguang Pagoda, the earliest pagoda in Suzhou; and the Wu Bridge, the entrance to the gate at that time over the water passage and the highest bridge in Suzhou at the time.

At the end of the tour, you will be transferred back to your hotel.