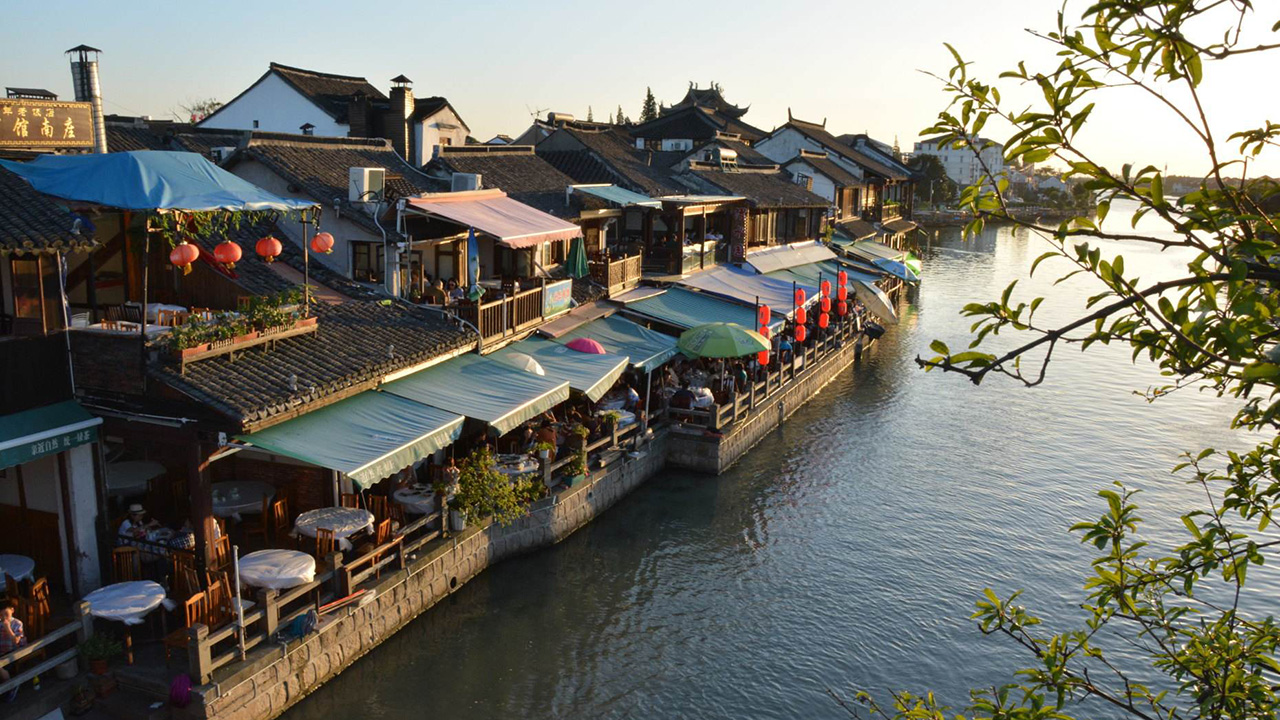 Suzhou city is famous for its abundant classical gardens and water towns, you will see one cute garden - Garden of Master of Nets as well as Tongli Water Town this day. All entrance tickets, private English-speaking guide and driver, whole day transfer service are all included in this 8-hour tour. Please cover the lunch by your own expense.

At 8:30am, your tour guide will pick you up from your hotel in Suzhou and visit Garden of Mater of Nets and Panmen Gate in the morning.

Garden of Master of Nets - It is the smallest of the Suzhou residential gardens, yet it is the most impressive because of its use of space which creates the illusion of an area that is much greater than its actual size. Even more than the architectural achievement is the mood of tranquility and harmony that it embodies, it is recognized with other classical Suzhou gardens as a UNESCO World Heritage Site. The garden demonstrates Chinese garden designers' adept skills for synthesizing art, nature, and architecture to create unique metaphysical masterpieces.

This exquisite Master of Nets Garden was first designed during the Southern Song Dynasty (1127-1279) as a residence for a government official. At that time, the garden was named "the Hall of Ten Thousand Books" because the owner housed numerous books in three studies within the garden. Later on, it went through vicissitudes in different dynasties until an official named Song Zongyuan bought and restored the garden around 1765 in the Qing Dynasty (1644 - 1911). It is said that in a moment of frustration with bureaucracy he declared that he would rather be a fisherman than a bureaucrat. Therefore, he changed the name of this garden to "Wangshi Yuan", meaning a fisher's garden in English, to express his will.

Panmen Gate:  it's the oldest city gate of Suzhou and the only existing water and land gate in China. The gate is located on the south-west corner of the Main Canal Suzhou. Originally built during the Warring States Period in the state of Wu, historians estimate it to be around 2,500 years old. You'll enjoy the enchanting view of the whole old town of Suzhou.

Drive to Tongli, the best-preserved water township in Suzhou, rests on the east bank of an ancient canal, on the shore of Taihu Lake. Tongli is a famous ancient site of rivers and lakes. The town, built around five lakes, is in the shape of a rough circle. Transfer back to your hotel in the late afternoon.

Tongli Water Village - Tongli has a similar history and natural scenery compared with Zhouzhuang, but is much less crowded. Tongli also has its own unique features which are worth exploring and experiencing. Tongli is divided into seven islands intersected by 15 canals. Because of the landscape, almost all of the buildings in the town are along the waterfront. In front of the buildings, small stairs leading to the canals were built, which are convenient for residents to wash clothes and for traveling around the town by boat.

Suzhou Hotel drop off in the end of the tour.