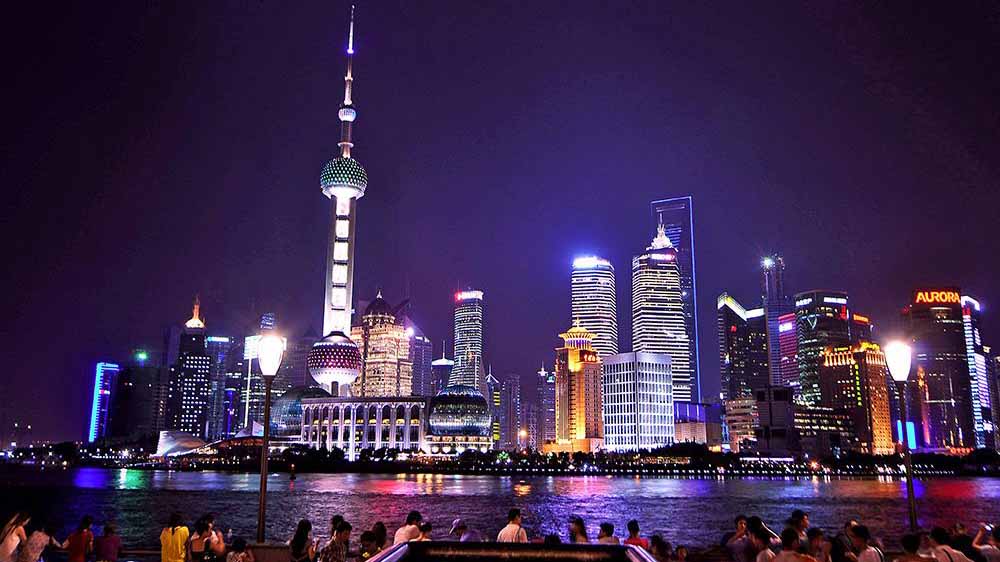 This multi city tour take you around in Beijing, Xi'an, Chengdu and Shanghai. The 3-day Beijing tour show you the ancient architectures with their background history such as Forbidden City, Summer Palace, Temple of Heaven as well as the amazing Mutianyu Great Wall. The 2-day tour in Xi'an show you the amazing Terra-cotta Warriors, ancient City Wall and Big Goose Pagoda… The 2-day trip of Chengdu to see the magnificent natural scenery and the cute pandas. The 2-day tour of Shanghai to visit the old downtown area as well as the internationalized architectures, Yu Garden, the Bund area as well as Zhujiajiao Water Town. All transfers in each city, guide service and entrance ticket fees are included. Please cover the lunch by your own expense.

Be picked up at the Beijing Capital Airport & transfer to the hotel located in the downtown Beijing (just transportation).

Tour Tian'anmen Square - one of the world's largest public square. Explore the sites around the square with opportunities to take some amazing pictures.

Forbidden City - the world's largest public square. Explore the sites around the square with opportunities to take some amazing pictures.

We will then take a 30-minute ride to the Lama Temple, it's the largest and most well-preserved Tibetan Buddhist Temple in Beijing.

As an optional excursion, you may choose to include the deliciously famous Perking Roast Duck Dinner and the Acrobatic Show Performance at the Chaoyang Theatre. Please notify us if would like to take advantage of this special, exciting addition.

This is a one of the most famous and ideal sections of the Great Wall. You will have your choice of taking the cable car or chair lift up the breathtaking wall and spend a leisurely 1 to 2 hours hiking up and down the various sections exploring the Watch Towers and marveling at the construction and beauty of the renown and legendary Wall. You then have the option of an exhilarating toboggan ride back down or simply return the way you came.

Lunch in a local Chinese restaurant or at the subway restaurant down the Mutianyu Wall.

Temple of Heaven: the largest Imperial place of worship from ancient times. This special place becomes a park where the local community utilizes this beautiful and enormous space for social activities such as singing, dancing, and Taiji practice.

Pearl Market: Here you can find those fun knock-off brand bags, shoes, and watches as well as pearls. There is a little bit of everything here, and you will surely find some great souvenirs to bring home to family and friends.

Once you reach Xi'an north railway station, the driver will hold a welcome sign with your name on it to meet you at South Square, Sign B1, Meeting Point 1, then transfer to your hotel located at Xi'an downtown area.

Terra-Cotta Warriors - One of the most significant archaeological finds in the world, this 16,300-square-meter excavation reveals more than 7,000 life-size terra-cotta figures of warriors and horses arranged in battle formations.

Big Goose Pagoda - is a Buddhist pagoda built in 652 AD during the Tang Dynasty and originally had five stories. The original construction of rammed earth with a stone exterior fade eventually collapsed five decades later to be rebuilt by Empress Wu Zetian in 704AD who added five more stories. A massive earthquake in 1556 heavily damaged the pagoda and reduced it by three stories, to its current height of seven stories.

Muslim Street - located within the shadow of the Drum Tower, Huimin Jie is a 500-meter street lined with restaurants whose proprietors are almost exclusively Chinese Muslims.

City Wall - the most complete city wall that has survived in China, as well being one of the largest ancient military defensive systems in the world.

Drum Tower & Bell Tower - the Drum Tower was built in 1380 during the early Ming Dynasty, and got its name from the huge drum located within the building. In contrast to the Bell Tower, where bell was stricken at dawn, drum was beat at sunset to indicate the end of the day.

Hangyang Tombs Museum - is the historical site designated for state protection. This mausoleum which combines modern technology, ancient civilization, historical culture and garden scenery, is built at the base of the joint tomb of Emperor Jingdi and his Empress. It is the largest museum in China.

Be picked up at the Chengdu East railway station by your local private driver & transfer to the hotel in downtown Chengdu.

Qingcheng Mountain - one of the top 10 daoist mountains in China. It is about 2400 meters high above the sea-level. Qingcheng Mountain (Qingchengshan) is one of the ancient cradles of Daoism. The mountain has many Daoist temples and palaces along the paths leading t its peak. The mountain is green all year round and is known for its secluded tranquility. It is a World Cutural Heritage.

Dujiangyan Irrigation - listed as World Cultural Heritage that is located in the middle part of Minjiang River, the largest tributary of Yangtze River, which has a beautiful landscape and many cultural relics and historical sites, including the Fulong Temple, Erwang Temple, and the trail bridge. All of these, plus moving legends have exerted a great attraction for both domestic and overseas tourists.

Day 8Chengdu to Shanghai By Flight

Be picked up at your hotel in the morning.

The Chengdu Research Base of Giant Panda Breeding - located in the northern suburb of Chengdu on Futou Hill, 10 km (6 miles) from downtown. Eighty five percent of the world's wild panda population resides in Sichuan. The giant pandas are not only a Chinese national treasure but are also beloved by people the world over. As the guardians of this cherished gift from nature, Chengdu has devoted great resources towards learning about pandas and helping to preserve them in the wild.

Please note: It's best to visit the base in the morning. You'll see most action from the pandas between 8am and 11am – after that they're likely to be sleeping.

After lunch, we will continue the tour to explore the downtown area, Tianfu Square - People's Park - Jinli Street.

At the center of the city lies Tianfu Square, the location of the iconic Mao Zedong statue which overlooks Chengdu. Hosting the central subway station, the square is lit up at night and fountains are illuminated by neon lights.

People's Park of Chengdu - a comprehensive park with rich vegetation and a popular haunt for locals, as a popular place for Chengdu locals, Renmin Park is a veritable landscaped garden with lined trees, precious exotic flowers and rare herbs.

Jinli Street - it is recorded that as early as the Qin Dynasty (221 BC - 206 BC), Jinli Street was the most famous place for baldachin - a rich, ornate cloth. And it was one of the busiest commercial areas during the Shu Kingdom (221-263). Hence, it is known as 'First Street of the Shu Kingdom'. Since then, visitors from all over China and abroad gather here to relax, admire the traditional-style buildings, and taste some local snacks.

Take the late afternoon domestic flight to Shanghai, we will arrange the private driver to meet you at the airport then transfer to your hotel in Shanghai.

Xintiandi - is composed of an area of restored traditional "stone gate" (Shikumen) houses on narrow alleys, a modern shopping mall with a cinema complex, and some adjoining houses which now serve as book stores, cafes and restaurants. Most of the cafes and restaurants feature both indoor and outdoor seating. A Stone Gate House Museum there is the place for you to pay a visit to the inside of a house to experience the life in the "Stone Gate" house.

The Bund area - is one of the top ten Shanghai attractions. Just like a gallery of international architectures - historic European style buildings located on the Bund. It's the showcase of the city's colonial past and its transformation in the new year. Known as “the Wall Street in the Far East" in the colonial period. We will visit the original HSBC bank and the Peace hotel including the history gallery in the hotel.

Lujiazui Finance and Trade Zone - is the place not only being the finance and trade center of Shanghai, even China, but also full of the high skyscrapers.

Local Park in the Former French Concession Area - have an idea of the morning activities of the Shanghai locals, experience the life style and be a local here.

Old Alley / Lane in Former French Concession Area - walking along the old alley / lane to explore the local life in the old house / lane. Best way to get away the hustling urban life and relax in that area.

Little White House - is a spectacular mansion which was one of the most opulent houses in former French Concession. It was home to a high-ranking official of the French Municipality at that time. Now is Shanghai Arts and Crafts Museum.

Water Village (Zhujiajiao) - is crisscrossed by rivers and canals, with 9 long streets running along the rivers and thousand of buildings of Ming and Qing Dynasty architecture flanking both sides.

After the tour, drop you off at the hotel in Shanghai in the end of the entire trip.

Shanghai hotel pick up & transfer to Shanghai airport for your departure flight.  (transportation only with Chinese speaking driver)