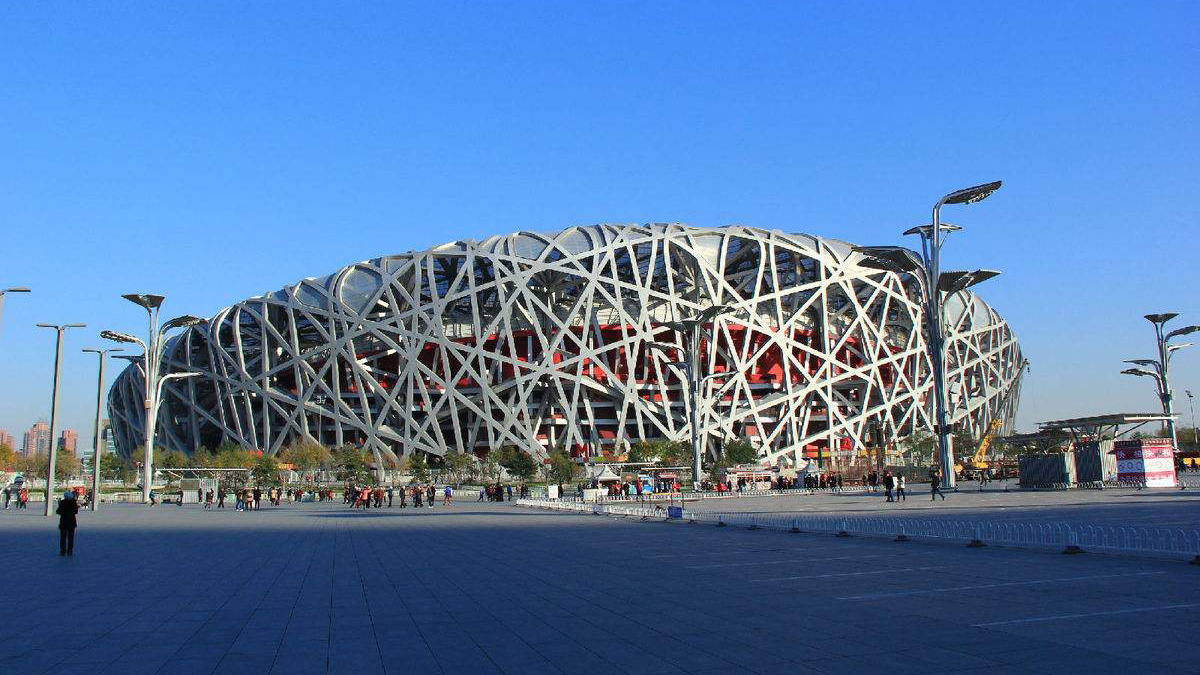 In this tour, our tour guide will show you the most impressive modern architectures in Beijing, including: National Theatre, Beijing Planning Exhibition Hall, Olympic area and CBD area. You will have many chances to take great pictures and gain relevant knowledge about this building by the introduction of the tour guide.

National Theatre for the Performance Arts (exterior view): Located in the heart of Beijing, near Tiananmen Square, the theater is a modern-style building which stands out from its surroundings. The major construction of the theater was covered with nearly 20,000 of titanium boards. Shaped like a tear drop, the silver theater has sparked debate among domestic experts on whether such an modern design was appropriate for the center of Beijing. However, it was listed among the top ten architectural miracles by the U.S.-based Journal Business Week for its energy-saving and environmentally friendly design.

The Beijing Planning Exhibition Hall is designed to introduce the long history of the immortal city of Beijing, display the great achievements of the modern urban planning and development, and exhibit the splendid future of Beijing's urban development. The 16,000 square-meter floor space is distributed on 4 floor levels in the Hall, with 8,000 square meters for exhibits.

In the afternoon, having a sightseeing around 2nd Ring Road, 3rd Ring Road even 4th Ring Road if time permitted and included lots of structures along Chang'an street. During the sightseeing, you'll see a lot of famous, particular style, Chinese traditional, and modern structures. and even have chance stop to have a close look to the structure. These structures may include:

Olympic Stadium (exterior view): First have a look at the amazing architectural masterpiece-the National Stadium (Bird's Nest) and take a picture there. Then walk west from there to see the National Aquatics Center (Water Cube), another Olympic venue.

CCTV Header quarter (exterior view): at a height of 230 meter and a floor area of about 400,000 square meters, combines administration with news, broadcasting, studios and program production - the entire process of TV making - in a sequence of interconnected activities. Although the building is 230-meter tall it is not a traditional tower, but a continuous loop of horizontal and vertical sections that establish an urban site rather than point to the sky. The irregular grid on the building's facades is an expression of the forces traveling throughout its structure.

China World Trade Center Tower Ⅲ (exterior view): is a 330m (1,083ft) tall skyscraper with 74 floors, 4 underground floors, and 63 elevators under construction in Beijing, China. It is the third phase of development of the China World Trade Center complex in Beijing's central business district of Chaoyang at the junction of the East Third Ring Road and Jian Guo Men Wai Avenue.